With their self-titled debut album set to drop next month, Engelhardt Music Group has released a third single today from Fast Track. 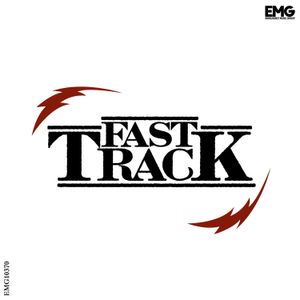 This talented group of bluegrass veterans got off to a quick start when David Parmley announced his retirement unexpectedly last fall, leaving his crack touring band without a gig. Three of the four members of David’s Cardinal Tradition looked at each other and thought, ‘What are we going to do?’ The answer was start up our own band, so banjo player Dale Perry, fiddler Steve Day, and bass man Ron Spears looped in mandolinist Jesse Brock and guitarist Duane Sparks, both of whom had recently stepped away from their regular performing vehicles, and Fast Track was born.

Two previous singles have been enthusiastically accepted by bluegrass radio hosts and listeners, and during the short time that live shows were allowed since their formation, Fast Track was a hit on stage as well.

Today we have a new song, Life’s Highway, written by Bobby Smith, who recorded a number of excellent traditional bluegrass albums with his group, Bobby Smith & The Boys From Shiloh.

Steve Day says the song came to mind at just the right time.

“We were looking at some songs to fill a specific spot on the album and I just happened to think of Life’s Highway. I first heard Bobby Smith do the song way back about 1990, and I then went on to do it with my Dad’s ‘family band.’ I had always wanted to record that song someday, and the rest of the guys really liked it, so we went with it. I think it turned out great and have fun doing it live with the Fast Track guys too!”

Life’s Highway is available now as a single wherever you stream or download music online. The full Fast Track album is set for release on September 11 from EMG. Radio programmers can grab the three singles via AirPlay Direct.